Welcome to an Historic Railroad Town

The historic railroad town of Woodside, like many of her sister communities, came about as a result of the railroad as the town was founded in August 1864, when the need for another station on the Delaware rail line was apparent.   It was through the exertions of Henry Cowgill that the railroad company established a depot and station house at Woodside. The station was first called Willow Grove Station, but the name was soon changed to Fredonia by the Cowgill family. The town bore this name until July 2, 1869, when it was renamed “Woodside”. Supposedly, the town received this name because there was a great amount of wood in the form of timber and railroad ties piled on a vacant lot to the side of the station – hence, the name of Woodside.

The number of farms in the area also had a direct bearing on its development as the land and farms around Woodside were quite productive with many kinds of fruits and vegetables.  Due to this abundance of farm products, mainly peaches and tomatoes, the town grew very rapidly between the years of 1900 and 1930.  It was during this period of time that the town became the center of the peach belt of the peninsula.  On April 4, 1911, the town of Woodside was incorporated by act of the State of Delaware General Assembly.

The town of Woodside is a small, peaceful Delaware community, located approximately 7 miles south of Dover. For the residents and property owners in Woodside, we feel we have the best of both worlds — nearby city life while living in a rural setting and we hope to retain our close-knit community feeling for years to come.

We hope you will find this website useful in providing information and answering some of your questions about living in our wonderful community. 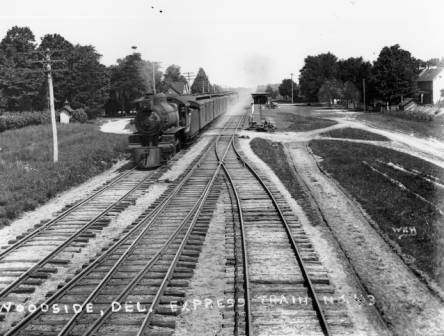 Train and tracks in Woodside in 1910 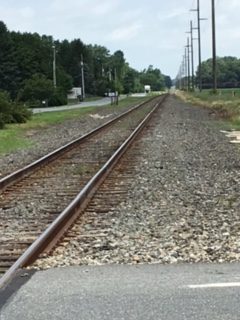